ONE PERSON, ONE FAMILY.

Our mission is simple, to help one family currently detained and awaiting an immigration court hearing.

#onefamily at a time.

As licensed attorneys, the team will be able to provide hands on representation to individuals facing bond hearing, deportation proceedings and credible fear interviews.

“As an organization with a long history of helping immigrants and refugees, we believe families and children in dire situations need protection and opportunity,” said Matt Rosen, Vice President and General Counsel of LSF. “If we can help one family become stronger through our work with SIFI, then we have helped fulfill the mission our organization was founded on.”

Want to get involved?

My Experience Working In An ICE Detention Center

On the surface, it is not controversial to state that there is a crisis plaguing our immigration system. What is controversial is attempting to define the crisis itself.  For some, the crisis is a lack of compassion and a call to recognize humanitarian concerns in the face of global unrest. For others, the crisis is a threat to American sovereignty and security. These interpretations elicit so much passion and debate that our government was forced to shut down for the longest period in American history and a national emergency has been declared.

Historically, this is not the first time we have faced this divide. My organization, Lutheran Services Florida (LSF) is an organization that developed from immigration crises of the past, and refugee services is sewn into the fabric of our organization’s mission, vision, and values. These services were provided despite the political winds of the past.

In the spirit of LSF’s mission, I consciously made the decision to enter this week as a helping hand and independent observer. The idea was to be of service and bear witness without injecting political biases into the experience. As difficult as this was, it allowed me to focus on the humanity of the participants in this process. From the immigrants, attorneys, ICE officers, and prison guards, this experience opened my eyes to the human aspect of this system, which tends to be disregarded.

Our goal was to help at least one person, one family. This goal was simple, admirable, and seemed attainable. The truth is the goal was also a little naive. This experience has shown that the intersect between U.S. Immigration Laws and the quasi-judicial system created to administer these laws is excessively complicated, overwhelmed, and far removed from the typical American’s idea of judicial process.

Throughout the week I wrote down my observations in order to preserve impressions and thoughts about what we encountered. Some days were intensely emotional, others were frustrating and long. EACH DAY was meaningful.

WANT TO SUPPORT OUR WORK?

Your contributions allow us to continue to serve immigrant and refugee communities in need.

Through our refugee resettlement and immigration services, Lutheran Services Florida is privileged to be on the front lines of assisting refugees to their new homes and creating a welcoming environment to the immigrant communities that arrive at our doorstep seeking a brighter future. 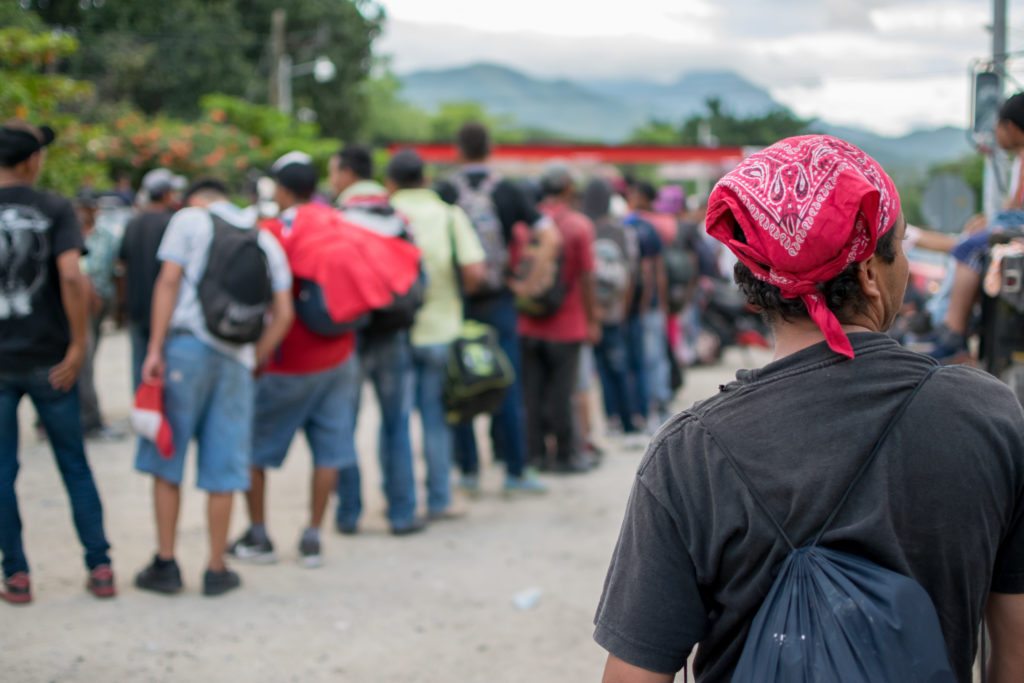