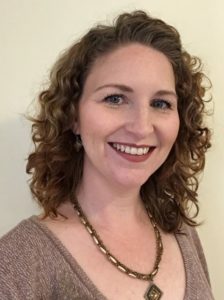 Lesley Hersey, LSF Health Systems’ Community Engagement Specialist in Circuits 3, 5 and 8, was recently elected vice chair of the North Central Florida Human Trafficking Task Force. The task force’s reach covers the counties of Alachua, Bradford, Baker, Union, Gilchrist and Levy. The task force began in 2013 as a coalition with a mission to build a safety network of partnerships that work together to identify, rescue, and restore the lives of human trafficking victims. The task force is governed by an executive board and officers of the board: two co-chairs, a vice chair, a secretary and treasurer.

“The task force works within the communities to raise awareness through training and education. It also works alongside law enforcement, the State Attorney’s Office, and others to arrest and prosecute traffickers,” says Hersey, “We work with service providers and child welfare to ensure services and resources are connected to trafficked survivors.”

About 25 million people are trafficked worldwide, according to the Polaris Project. In 2018, 1,771 victims were identified in the state of Florida. According to Human Trafficking Search, Florida ranks 3rd in the nation for human trafficking incidents. “We do not know the exact number of people trafficked, and we may never know. However, we know that rates of trafficking are higher around interstates, tourism regions and rural and farming communities,” Hersey explains.

Task force meetings are held monthly and some are open to the public. Meeting information and a schedule can be found on the web at www.accaht.org or on Facebook at the Alachua County Coalition Against Human Trafficking.