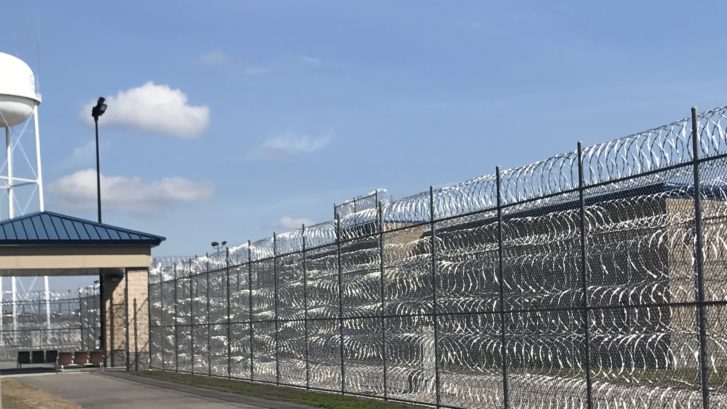 Matt (another LSF attorney) and I returned to the prison this evening to visit the detainee who had been in quarantine. We were instructed by the Captain to return at this time to see the client alone due to his quarantine status. When we arrived, the night shift workers did not have a record of us being told to come. After some discussion, they were accommodating and processed us through security to meet with the potential client.

This is his story:

Luis* was an Evangelical Pastor of a church congregation in a small town in Peru. He is in his 50’s but appears to be significantly older. While in Peru, his congregation had scraped and saved as much money as they could in order to build a church for worship. As soon as they raised the funds, the Mayor of the town confiscated the money. With the help of the congregation, Luis began writing letters, speaking to journalists, and actively tried to expose the Mayor’s corruption. The Mayor sent men to kill Luis and he was shot in the center of the town and left to bleed out.  The bullet remains lodged in his upper thigh, which he showed to us during the consultation.

Members of his congregation were able to get him help and he went into hiding. The Mayor continued to send men into the community to kill him. Eventually, with the help of his church members, they were able to get Luis out of the country. Luis’ daughter and grandchildren live in the United States. He travelled to Tijuana where he presented himself at a port of entry to U.S. Agents. He was then transferred into ICE custody and detained.

Like Dinesh, Luis also had no criminal history and had not been charged with any additional criminal act. He presented himself to agents at the border and did not attempt to cross without inspection.

While in custody, Luis was transferred to several different detention facilities across the country. During one such transfer, Luis was chained to other detainees in a “chain gang” when he fell to the ground. The fall caused his dentures to come out. When he tried to notify the guard, his calls were ignored, and they were pulled forward resulting in his dentures being trampled over and destroyed. Since then, he has been unable to eat most solid food and has significant issues communicating with us (through the translator) because he no longer has teeth. He was recently transferred to the Folkston detention facility but has been in quarantine due to a measles outbreak at the detention center. (Note: SIFI is making in inquiry into this issue with ICE to see if any incident report or claim was filed).

*Name changed due to confidentiality concerns.

Not only was his story compelling, I was awestruck by his incredible faith. His faith in God is unwavering and appears to have only become stronger as he has faced unbelievable adversity. I believe that his faith is what kept him alive.

I have been struggling all week with what to say after hearing these stories. Every single day I wanted to tell them not to be scared for their lives, that we could get them released, that we would find their families, that they are safe now. Those would have been lies.

But one thing I could tell them that was an absolute truth was, “Don’t lose hope, we are here to say that we know who you are and know your story. We will share that story with people who can help. You are not alone here.” As the translator delivered these words to him, Luis began to cry and thank God for us. He hugged Matt and I then kissed our hands. He repeated his thanks to God for sending us. His emotion made me realize that it had probably been a very long time since someone had spoken a kind word to him or simply validated his existence.