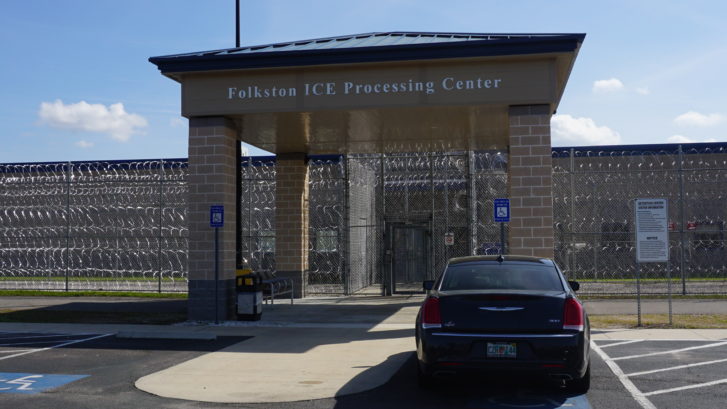 Today is our first day working with the Southeast Immigrant Freedom Initiative (SIFI). I am filled with nervous energy but fully committed to immersing myself into this experience, whatever it may be. 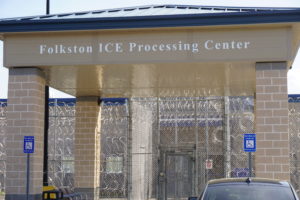 The SIFI group we are assisting operates out of Folkston, Georgia, a charming small town just a few miles from the Florida/Georgia state line.  A converted house just outside the town’s hub serves as the center of operations for this SIFI section.

We began the day with introductions and an orientation. The attorneys and staff that comprise the Folkston SIFI group are young, driven, and wholeheartedly believe in the mission of the program. They are serious about their work but operate in a more grass-roots environment. The kind of environment that fosters collaboration and a sense that their work is part of a movement. In addition to Matt Rosen (VP & General Counsel) and I from LSF, there are two other volunteer attorneys and one non-attorney volunteer who will be joining us.

Our first task is to meet with a detainee at the detention facility to address some questions related to his case and to collect additional immigration documents. The detention center is a few miles outside of the city center and I am immediately struck by the sharp contrast between the quaint small town and the militarized detention center that emerged just a few miles away. I don’t know what I thought it would look like, but I wasn’t expecting a high security prison. The prison is operated by the GEO group, a privately run, publicly traded corporation.

After clearing security, while leaving our cell phones and any electronic devices behind, we were processed through several different sections of the prison and brought to a room that serves as a visitation and courtroom to meet our first potential client. It was our job to get as much information and documentation as possible in the hopes that we could get him a bond hearing. This is his story:

Dinesh* is a Hindu immigrant from Bangladesh who was essentially sold into labor trafficking when he was in the second grade. As a Hindu in a predominantly Muslim country, Dinesh and his family were outcasts.  Born into the ‘wrong’ religion, to an impoverished family, Dinesh’s life was not of value to the community, only his labor. Now he is no longer of value as a laborer and was able to escape with the only thing he had left, his life.

He is small framed with a very gentle/meek appearance. Dinesh has no criminal history and is not in detention for committing a separate criminal act outside of his entry into the U.S. He was distraught and weeping while he pled for us to help him. He repeatedly told us that if we are unable to help him, he would die if he was sent back. He was quite literally begging us for his life.

*Name changed due to confidentiality concerns.

It’s not often that you come face to face with someone who truly believes that their life is on the line and are looking you in the eyes begging for help. It’s jarring and affected me deeply.

Back to #OneFamily   |  Next Entry