Lutheran Services Florida helps communities build healthier, happier, and hope-filled tomorrows by impacting the lives of 1 in 50 Floridians through various services offered across the state.

In 1975 when the Vietnam War ended, thousands of refugees sought safety in the United States arriving with nothing more than the clothes they wore. The needs of the refugees were tremendous and Lutheran churches responded quickly providing them with immediate aid in the form of food, clothing and temporary homes. This assistance was vital; however, it soon became apparent that a larger, ongoing and more organized effort was necessary to help the newcomers adjust to life in a new country.

When Lutheran Services Florida (formerly Lutheran Ministries of Florida) was established in 1982, the agency assumed responsibility for the employment programs started by Lutheran churches in Miami and Tampa. Whereas initially the greatest demand for assistance came from Vietnamese and Cuban refugees, soon counselors from Lutheran Services Florida (LSF) were helping refugees from Central America, Haiti and other parts of the Caribbean, Bosnia, Sudan and many other countries. As the number of refugees increased dramatically throughout the years, LSF responded to the growing demand for services by expanding its programs. Today LSF has Refugee and Immigration programs throughout Southeast and Central Florida.

Lutheran Services Florida serves to bring God’s healing, hope and help to people in need in the name of Jesus Christ.

A social worker at heart, Sam Sipes is a strong person of faith, a compassionate leader, and a strategic organizational thinker. Sam believes in inspiring and empowering his team to transform lives.  He enjoys helping people realize their God-given potential. 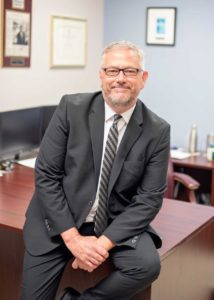 Described as “a visionary leader with a compassionate heart,” Sam joined LSF in September 2007. As CEO, he manages more than 1,300 employees and oversees more than 60 programs with an annual statewide budget of more than $200 million.

Sam has a background in leadership roles in nonprofit organizations, as well as experience in child welfare, social services and programs for senior citizens. Prior to joining LSF, Sam served as President and Chief Operating Officer of Lutheran Social Services of the South in Austin, Texas, now UpBring. In 2005, Sam was among the key leaders who helped organize and manage the regional and national response to Hurricane Katrina.

Sam has a passion for helping and serving children, families, and communities that are underserved and vulnerable. During his tenure at LSF, Sam has overseen the agency’s tremendous growth around the state as LSF has more than tripled in size and impact since 2013.

Cost savings for Bob Wydra ultimately boil down to effectively serving people in need. As a proven financial and accounting leader who has a track record for improving financial and administrative systems, Bob believes it is crucial that organizations be good stewards of public funds.

“A truly rich man is one whose children run into his arms when his hands are empty.” –Unknown 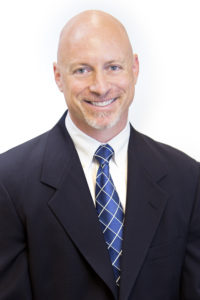 Known as a nonprofit executive with an extensive financial and accounting background, Bob joined LSF in 2016. He comes to LSF after spending 15 years as Controller and CFO at the Children’s Home Society of Florida. With over 25 years in the not for profit sector, Bob is well versed in nonprofit accounting, fiscal policy compliance, budgeting, forecasting, and strategic planning.

Bob holds a BS/BA in Accounting from University of Central Florida and an MBA from Strayer University. He is a member of the American Institute of Certified Public Accountants.

Building on her experiences driving business results across multiple industries, Amelia Fox is a strategic, entrepreneurial, and analytical executive with a track record of executing comprehensive and actionable growth plans for organizations. Amelia enjoys the challenge of steering strategic initiatives that ultimately create more effective services for people in need.

“For I know the plans I have for you,” declares the Lord, “plans to prosper you and not to harm you, plans to give you hope and a future.” –Jeremiah 29:11 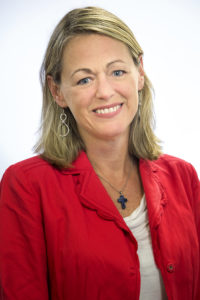 Amelia brings deep knowledge in developing and executing strategies for growth across multiple industries, and has significant experience in building people-focused organizations and designing and implementing programs to improve outcomes and overall business processes. She has led several organizational transformations to include building a strategic planning team and developing global strategies for growth at a multi-billion dollar payments company. A few examples of her experiences in the nonprofit and education industries include leading the reorganization of a $90m division of the NYC Public Schools to facilitate the devolution of funds to the school level, and an comprehensive assessment of the decision making process in Indiana public school districts as preparation for their Race to the Top application.

Amelia was also a member of the executive team at a high profile, non-profit in the education technology space, where she ran financial and strategic planning, privacy and security, along with all back-office operations including finance, accounting, human resources, legal affairs, and the project management office. With deep project management skills, she is well versed in business process design, analytics and reporting, quality assessment, change management, training, and facilitation.

Most recently, Amelia co-founded Spotlight Performance, a technology and performance improvement firm that uses a web-based application and coaching tool to help teams improve their customer relationships, sales productivity and employee communications. She holds a BA in psychology from Davidson College and an MBA from Yale University, School of Management.

Building positive relationships with a focus on “walking the talk” is what sets Phil apart from others as a human resources leader. 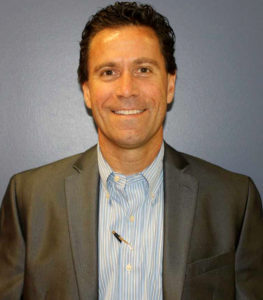 “Faith is taking the first step even when you don’t see the whole staircase.” –  Martin Luther King, Jr.

Phil is a dynamic hands-on human resources leader from the private sector earning his Bachelor’s degree from Duke University and his MBA from Babson College in Massachusetts. Phil most recently worked for Jabil Circuit as Global HR VP, leading HR work in several corners of the globe, but his passion to help others and his faith drew him to LSF.  He sits on several Community Boards that tie into our mission, including Starting Right, Now, a nonprofit organization in Hillsborough County meeting the needs of homeless families and children. Phil enjoys playing tennis, traveling with his family, and taking in all sports events.

“Individual commitment to a group effort – that is what makes a team work, a company work, a society work, a civilization work.” – Vince Lombardi 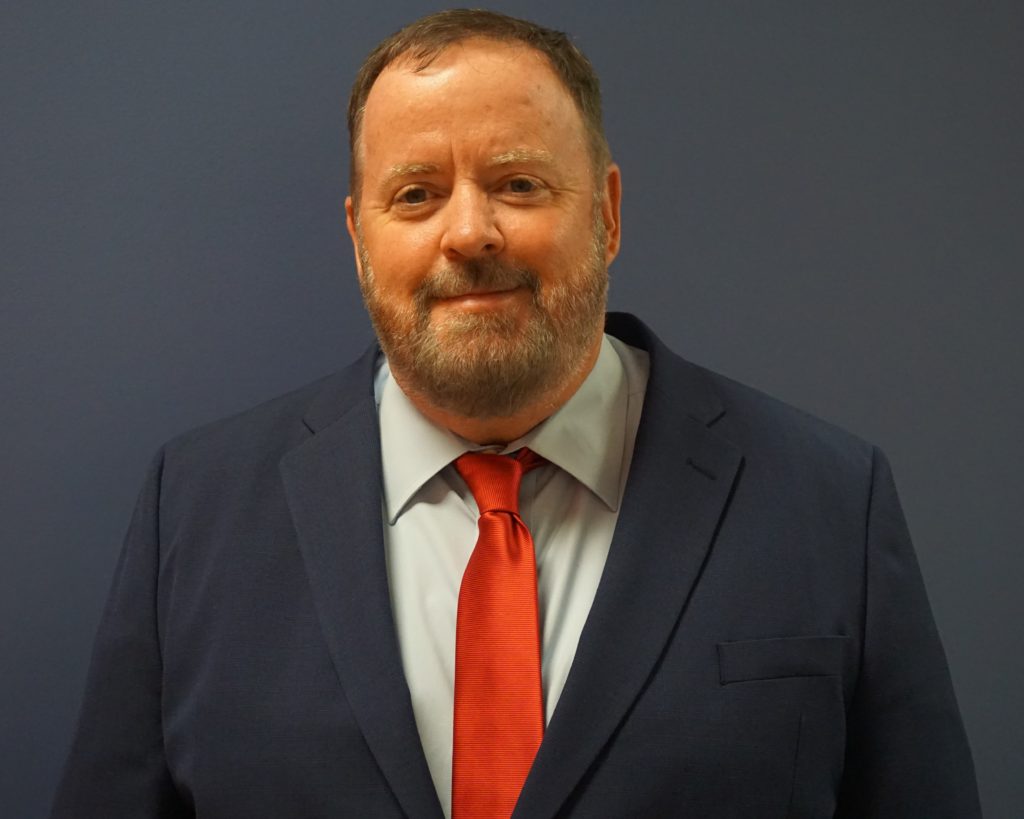 Mike joined LSF in 2018 after retiring as the Secretary of the Florida Department of Children and Families ending a state career that spanned more than 28 years within the department. As the Executive Vice President of Programs, Mike is responsible for overseeing a variety of
statewide services including child welfare and juvenile justice programs totaling $60 million with more than 700 employees.

As the longest serving Secretary in the department’s history, Mike oversaw one of the biggest social service agencies in the nation with an annual budget of $3.2 billion and more than 13,000 employees.  During his tenure, Mike led efforts to improve outcomes for children and families in the child welfare system, to overhaul service delivery and improve outcomes in the state’s mental health hospitals and streamline the economic self-sufficiency program.

Prior to being named Secretary in 2014, he served as the Regional Managing Director for the 11-county SunCoast Region extending from Pasco to Collier County. He was integral in the regional implementation of the Managing Entity concept in substance abuse and mental health as well as the transition to a community-based system of care in child welfare. Mike has managed almost every program the department oversees. His previous leadership experience includes child protection, foster care and child care licensing, strategic planning, quality assurance, behavioral health, means-tested public assistance program, and special programs including one focused on reintegrating ex-felons into the community.

Mike has served on the Florida Sterling Board of Examiners for nearly 20 years and is a judge for the Governor’s Sterling Award process. He has been an active member of Florida’s Marjory Stoneham Douglas School Safety Commission and has served on numerous statewide boards and taskforces. 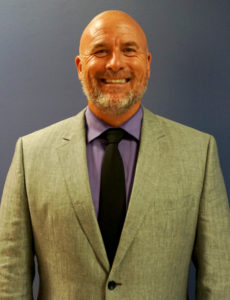 Recognized nationally as a motivator, team builder and most importantly to “Captain Bob” for his love of all the children and families in Head Start which he serves.

“Spread love everywhere you go. Let no one ever come to you without leaving happier” – Saint Teresa of Calcutta

Bob joined LSF in 2019 after retiring as a Captain from the United States Public Health Service (USPHS). Bob served in many different capacities throughout his 26+ years with the USPHS.  As the Executive Vice President of Children and Head Start Services, Bob is responsible for overseeing Head Start services for approximately 5,800 children and families, totaling $53 million with over 750 employees throughout Florida.

Prior to joining LSF, Bob was assigned to the Office of Head Start (OHS) as the Regional Program Manager (RPM) for Region IV.  He was responsible for the largest OHS region in the Country. He oversaw over 320 grants, totaling over $1.5 billion with 65 staff (federal, contractors and T/TA). As with any assignment, Bob ensured to the best of his ability, that each of the 175,000 children and families that he served received the highest quality of service.

As a Captain in the USPHS, Bob received many awards, but not more important than his extreme desire to serve all with dignity and respect.  He has a Bachelor of Science Degree in Environmental Health from Illinois State University and a Certificate of Public Health from the University of Washington.

Dr. Christine Cauffield is determined to improve the quality and level of mental health and substance abuse care in the state of Florida. This compels her to be a vocal advocate for children and families in need. When it comes to behavioral healthcare and mental health, Christine is widely known as a knowledgeable and thoughtful leader.

“You may not control all the events that happen to you, but you can decide not to be reduced by them.” –Maya Angelou 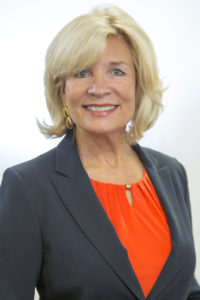 Christine has a long track record of serving in leadership positions of organizations that help individuals who have mental health and/or co-occurring disorders. She is passionate about connecting the dots and linking people to community resources and programs that ensure stability and assists in their continued success with recovery. Christine’s role leading the Managing Entity that covers a 23-county region is a perfect fit for someone who believes in high quality and consistent results in mental and behavioral healthcare.

Christine holds a Doctor of Psychology in Clinical Psychology and she completed her Internship and Post-Doctoral Residency at Harvard Medical School. She serves on numerous local and state boards and is a frequent keynote speaker at both national and international conferences on a variety of behavioral healthcare topics.